In-person or Online Lessons: YOU Choose!

As a young child, Chris would play with any instrument he could get his hands on. In fifth grade, Chris began to take guitar seriously, learning chords and jamming with his dad. Soon after, he discovered bass guitar and then things went to a whole new level. In middle school Chris played bass in the Rock Ensemble while also playing viola in the school orchestra. By his freshman year of high school, Chris was playing along on bass, note-for-note, with his favorite Rush albums and suddenly realized he might have a future in music. Chris convinced his principal to allow him to put on talent shows and other performances at school. He taught other kids how to play instruments and sing, just so he could have a band.

Chris graduated high school at 17 and immediately flew to Hollywood, CA to study bass guitar at Musicians Institute. Chris studied with a who’s who of touring and recording artists from Jeff Berlin, Tim Bogart (Vanilla Fudge), Billy Sheehan, Paul Gilbert, and many more. He left Hollywood to hit the road with his first pro band, Lookin’ Blue. Chris and the band called Atlanta, GA home as the band played around the southeastern US. He eventually played as bassist or guitarist for some of Atlanta’s hottest original bands. Chris also spent plenty of time on the road with a number of hardworking cover bands.

Eventually Chris grew weary of the road life and landed a spot as founding music teacher at St. Benedict’s Episcopal School in Smyrna, GA. Here Chris used all of his years of performance experience to build music programs at this K-8 school. This is also where he began teaching private students on piano and guitar. After seven years at “St. B’s”, Chris was recruited to build new music programs at another Atlanta-area school, The SAE School. Chris built a middle school orchestra program from scratch and pioneered a high school Rock Band Class that immersed the students in the music business. While working in the schools, Chris expanded his private teaching offering to include guitar, bass, piano, ukulele, drums, violin, viola, cello, and upright bass students.

Chris says, “When I started, I didn’t know I would love teaching so much! But sharing music with my students and helping them grow really fulfills me and makes me happy. I see each student as an individual with his or her own needs and strengths. I really enjoy getting to know each student and helping them shine!” 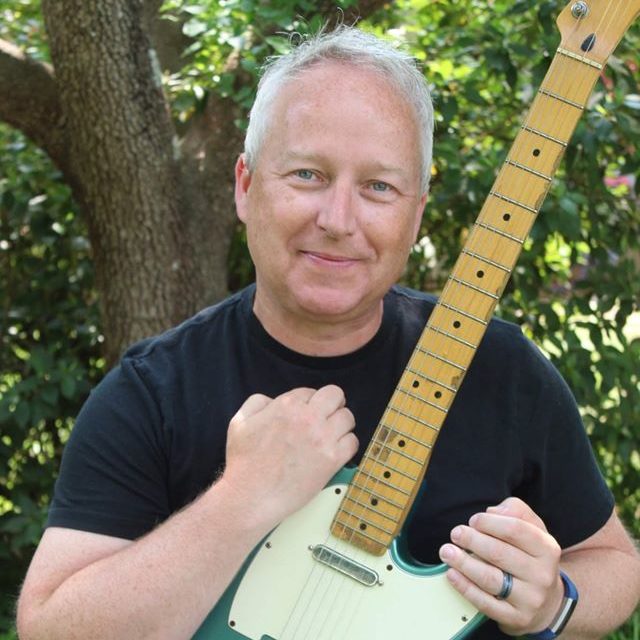